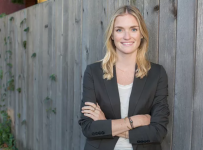 Don’t fall for these long-believed myths.

In this video, Entrepreneur Network partner Jeff Rose explains some damaging myths people believe about millionaires, as well as how these beliefs became so widespread. Here are five of the most common.

Click the video to hear more about each millionaire myth.

Related: The Biggest Misconception About Millionaires

Entrepreneur Network is a premium video network providing entertainment, education and inspiration from successful entrepreneurs and thought leaders. We provide expertise and opportunities to accelerate brand growth and effectively monetize video and audio content distributed across all digital platforms for the business genre.

EN is partnered with hundreds of top YouTube channels in the business vertical. Watch video from our network partners on demand on Roku, Apple TV and the Entrepreneur App available on iOS and Android devices.