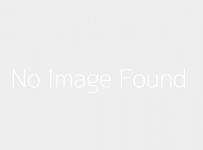 (Reuters) – Louis Moore Bacon, the billionaire hedge fund manager whose macroeconomic bets on currencies, interest rates and other securities earned his Moore Capital Management LP double-digit returns over 30 years, will stop investing for outside clients, according to a letter sent to investors on Thursday.

“Although this has not been an easy decision,” Bacon wrote in the letter seen by Reuters, “it will allow me the space to step away for significant periods of time when my other interests abound without the ongoing weight and responsibility of looking after public investors’ capital.”

A spokesman for Moore verified that the letter was authentic but declined further comment.

The Financial Times had previously reported the development, citing unnamed sources familiar with the matter.

After returning outside capital, the New York-based firm will continue to invest on behalf of Bacon, whose net worth was valued at $1.5 billion by Forbes, and other Moore principals, according to the letter.

Bacon, 63, acknowledged “disappointing results” for his main funds in recent years amid “challenging trading conditions” for his core strategy based on “macro” movements of currencies, interest rates and other securities globally.

He also noted that competition for talent and pressure to lower fees had “led to a challenging business model” for funds like Moore.

Moore is not alone. Raising and keeping capital and finding lucrative investment opportunities has become increasingly difficult for hedge funds this decade, amid fierce competition and central bank-fueled stock market gains. That environment have prompted a number of prominent fund managers, including Highfields Capital to Hoplite Capital, to shut.

Despite recent setbacks, Bacon said he was proud of his long-term record of annualized returns of 17.6% and 15%, net of fees, for his main Remington and Moore Global Investors funds.

Bacon wrote that the funds from which he was returning capital will have cumulatively paid out around $19 billion to investors, a massive sum that few hedge fund firms can match.

Moore managed $8.9 billion as of Dec. 31, according to a regulatory filing, down from about $14 billion in 2010. The current percentage of outside capital was unclear.

‘ONE OF THE GIANTS’

Bacon, who founded Moore in 1989, has long been considered a legend among macro traders, along with billionaires Paul Tudor Jones, Stanley Druckenmiller and George Soros. Soros and Druckenmiller also returned outside capital earlier this decade.

“Louis Bacon will go down as one of the giants of our industry. He was one of the earlier innovators in the genre of Global Macro,” Druckenmiller said in a statement to Reuters on Thursday. “To not only survive, but thrive in our industry for 30 years is an outstanding achievement.”

On Wall Street, Bacon is known to value order and efficiency. He has a reputation for quickly getting out of losing trades and keeping mum about his strategies.

Bacon, originally from Raleigh, North Carolina, got his start in the 1980s as a clerk on the New York coffee, cocoa and sugar exchanges. He later moved to Shearson Lehman Hutton as a futures broker, where he got business from big names including Soros, whose global-macro investing style he adopted for Moore.

More recently, Bacon has helped a number of his investment staff manage their own funds. He plans to continue to launch in-house funds by Moore’s best performing portfolio managers, the letter said.

Bacon is known as an environmental conservationist. He helped found clean water group Waterkeeper Alliance and has protected more than 210,000 acres (84,984 hectares) of land, according to his charitable foundation.

“This privatization,” Bacon wrote, “will allow me more personal time for a large family, philanthropic pursuits and to continue to develop a number of sports oriented properties – all with the flexibility to ‘stay in the picture’ or not as things develop.”

Reporting by Lawrence Delevingne and Svea Herbst in New York and Muvija M in Bengaluru; Editing by David Gregorio and Bill Berkrot