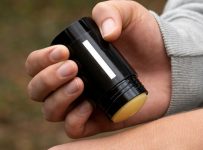 Jessica Abo sits down with the founder and CEO of Bev.

It is easy to look at someone’s success and assume they never hit any bumps along their journey, but Alix Peabody, the founder and CEO of Bev, wants people to know entrepreneurship is not as easy as it looks. She started her beverage company, which is best known for its canned rosé, after throwing parties to help her cover mounting medical bills. Today, Peabody says her company is changing “the narrative around women and how they are projected and perceived by the alcohol industry.”

When Peabody looks back on her journey to date, she is not afraid to open up about when she thought her business idea would not work. “When you think about fundraising, and when people announce fundraising, it can often times get lost on people how complicated and treacherous that road actually is. I had a list of over 600 people that I’d spoken to. I got over a hundred no’s in the course of four or five weeks at one point, and I totally thought that it was going to plummet.

“You have to cheerlead yourself over and over and over again, even in the face of rejection, and people telling you that you’re not good enough, it can be tough, because sometimes you think that yourself, and you’re trying to overcome it, while convincing other people that, you know, they should invest in your company.”

What Peabody discovered over time was that she performed best when she was authentically herself. “I closed our seven million dollar seed round in literally these overalls at the end of the day at my very, very pink office.” Peabody sat down with Jessica Abo to share her how she is disrupting and industry and her advice for anyone dealing with imposter syndrome.