My mother escaped North Korea when she was 10 years old To do so. She had to elude every big institution in her life, repressive governments, occupying armies and even armed border patrols. Later, when she decided she wanted to emigrate to the United States, she had to defy an entire culture.

That said, the girls would never be the best and brightest only because her name happens to sound like a boy’s was she able to finagle her way into the government immigration exam to come to the United States Because of her bravery and passion.

I’ve had all the opportunities that she never did, and that has made my story. So different

Instead of running away from big institutions, I’ve actually run toward them. I’ve had the chance over the course of my career, to work for The Wall Street Journal, the White House and now one of the largest financial institutions in the world, where I lead sustainable. Investing. Now.

These institutions are like tankers and working inside of them. I’ve come to appreciate what large wakes they can leave and I’ve become convinced that the institution of the global capital markets, the nearly 290 trillion dollars of stocks and bonds in the world, that that may be one of our most powerful forces for positive social change. At our disposal, if we ask it to be

Now I know some of you are thinking global capital markets, positive social change, not usually in the same sentence or even the same paragraph. I think many people think of the capital markets kind of like an ocean. It’s a vast, impersonal, uncaring, force of nature.

That is not affected by our wishes or desires. So the best that our little savings accounts or retirement accounts can do is to try to catch some waves in the good cycles and hope that we don’t get inundated in the turbulent ones. But certainly our decisions on how to steer our little retirement accounts don’t affect the tides, don’t change the shape or size or direction of the waves.

But why is that?
Because, actually, one third of this ocean of capital actually belongs to individuals like us, and most of the rest of the capital markets is controlled by the institutions that get their power and authority and their capital from us as members, participants, beneficiaries, shareholders or citizens.

So if we are the ultimate owners of the capital markets, why aren’t we able to make our voices heard? Why can’t we make some waves? So let me ask you a different question: did any of you buy fair trade coffee? The last time you were at a supermarket or at Starbucks, OK,

Do any of you go to the restaurant and order the sustainably farmed trout instead of the miso-glazed Chilean sea bass that you really wish you could have Do any of you drive hybrid cars or even electric cars? So why do we do these things Right?

One! Electric car doesn’t amount to much in a fleet of 1
2 billion combustion engine vehicles, One fish – is just one fish in the sea, And one cup of coffee doesn’t amount to a hill of beans in this crazy world.

But we do these things because we believe they matter that our actions add up that our choices might influence others and collectively what an impact we can have. So in my bag. I have a coffee mug that I bought a couple of years ago.

It’s a reusable mug. It has all these things printed on. It Look at some of the things that are on it that it says “. This one cup can be used again and again, .” “.

This one cup helps save the planet .”. I had no idea this plastic cup was so powerful, ( Laughter ). So why do we think that our choice of a four dollar shade-grown, fair trade, artisanal cup of coffee in a reusable mug matters? But what we do with 4,000 dollars in our investment account for our IRA?

Doesn’t Why can’t we tell the supermarket and the capital markets that we care that we care about fair, labor standards that we care about sustainable production methods and about healthy communities? Why aren’t we voting with our investment dollars, but we would vote with our lattes
So I think it has something to do with the myths, the fables that we all carry around in our collective consciousness.

Do you remember the Grimm’s fairy tale about the magic porridge pot? If you said to the pot “ Boil little pot boil ,”, it would fill up with sweet porridge And if you said, “ Stop little pot stop ,”. It would stop.

But if you got the words wrong, it wouldn’t listen and things could go terribly awry.
So I think when it comes to markets, we have a little bit of a similar fable in our heads. We believe that the markets is this magic pot that obeys only one command make more money. Only those words said exactly that way will make the pot fill up with gold. Add in some extra words like “, protect the environment ,”.

The spell might not work Put in the wrong words like “, promote social justice ,”, and you might see your gold coins shrink or even vanish entirely. According to this fable,
So we asked people, what do you really think And we actually went out and polled a thousand individual investors and we found something fascinating

Overwhelmingly, people wanted to add those extra words into the formula. 71 percent of people said. Yes, they were interested in sustainable, investing which we define as taking the best in class investment process that you already have traditionally and adding in the extra information you get when you think about the environment and society and good governance. 71 percent wanted that
72 percent said that they believe that companies who did that, would actually do better financially.

So people really do believe that you can do well by doing good, But here was the weird thing: 54 percent of the people still said: if they put their money in those kinds of stocks, they thought that they would make less money. So is it true? Do you get less sweet porridge if you invest in shade-grown coffee instead of drinking it

Well, you know the investors in companies like Burt’s Bees or Ben & Jerry’s, wouldn’t say so Right, Both of those started out as small, socially conscious companies that ended up becoming so popular with consumers that the giants Unilever and Clorox bought them for hundreds of millions of Dollars each

Corporations are in a difficult position; they have to ensure the value of their investments while also fulfilling their social responsibility.

If they didn’t keep adding in those extra words of environmentally friendly and socially conscious, those brands wouldn’t make more money, But maybe this is just the exception. This proves the rule right, The serious companies that fund our economy and that fund our retirements and that really make the world go round.

They need to stick to making more money, So Harvard Business School actually researched this and they found something fascinating. If you had invested a dollar 20 years ago in a portfolio of companies that focused narrowly on making more money quarter by quarter, that one dollar would have grown to 14 dollars and 46 cents.

That’s not bad until you consider that if instead you’d invested that same dollar in a portfolio of companies that focused on growing their business and on the most important environmental and social issues that one dollar would have grown to 28 dollars and 36 cents almost twice as Much sweet porridge Now, let’s be clear, they didn’t make that outperformance by giving away money to seem like a nice corporate citizen.

They did it by focusing on the things that matter to their business, like wasting less energy and water in their manufacturing processes. Like making sure the CEO contracts had the CEOs incentivized for the long-term results of the company and the communities, they served not just quarterly results or building a first class culture that would have higher employee loyalty, retention and productivity.

Now Harvard’s, not alone.
Oxford also did a research study where they examined 120 different studies, looking at the effect of sustainability and economic results, and they found time and time and time again that the companies that cared about these kinds of important things actually had better operational efficiency, lower cost of Capital and better performance in their stock price

And then there’s Al Gore So 20 years ago, when I worked for Al Gore in the White House, he was one of the early pioneers pleading with businesses and governments to pay attention to the challenges of climate change. Post-White House he opened an investment firm, called Generation where he baked environmental sustainability and other things right into the core investment process, And at the time there was a good bit of skepticism about his views.
Ten years later, his track record is one more proof. Point that sustainable investing done right can be sound, investing Far from making less sweet porridge because he added sustainability into the mix.

It’s not just groovy-sounding investments like clean technology or microfinance in emerging markets or artisanal bakeries in Brooklyn.
It’s about stocks and bonds and Fortune 500 companies. It’s about mutual funds.

It’s about all the things we already see in the market today. So here’s why I’m convinced that we collectively have the power to make sustainable, investing the new normal First. The proof points are coming out all the time that sustainable investing done right. Preserving all the same good principles of investing the traditional sphere can pay
It makes sense

Secondly, the biggest obstacle standing in our way may actually just be in our heads. We just need to let go of that myth that, if you add your values into your investment thinking that you get less sweet porridge And once you get rid of the fable, you can actually start appreciating those facts we’ve been talking about And third, the future is Already here,
Sustainable investment today is a 20 trillion dollar market and it’s the fastest-growing segment of the investment industry In the United States.

It has grown enormously, as you can see.

It now represents one out of every six dollars under professional management in the United States. So what are we waiting for? For me, it goes back to the inspiration that I received from my mother.
She knew that she wanted a life where she would have the freedom to make her own choices and to have her voice heard and write her own story.

She was passionate about that goal and she was clear that she would let no army no obstacle. No big institution stand in her way. She made it to the States and she became a teacher, an award-winning author and a mother and ended up sending her daughters to Harvard, And these days you can tell that she is amply comfortable holding court in the most powerful institutions in the world. It seems almost too prophetic that her name in Korean means “, passionate clarity,
“, Passionate clarity, that’s what I think we need to drive change Passion about the change we want to see in the world and clarity that we are able to help chart the course. We have more opportunity today than ever before to make choices.

We have more power than ever before to make our voices heard.

So change your perspective.

Read More: Why Most Entrepreneurs Are Slowly Killing Themselves 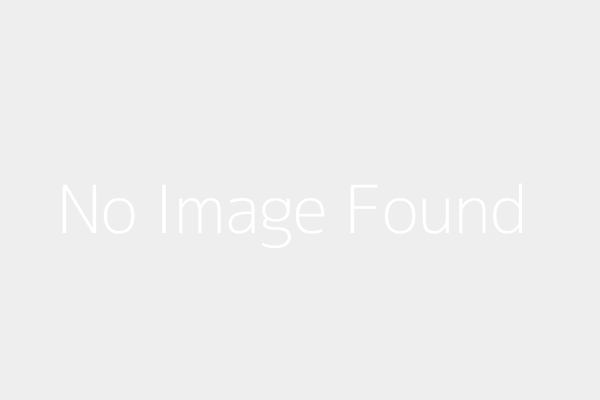 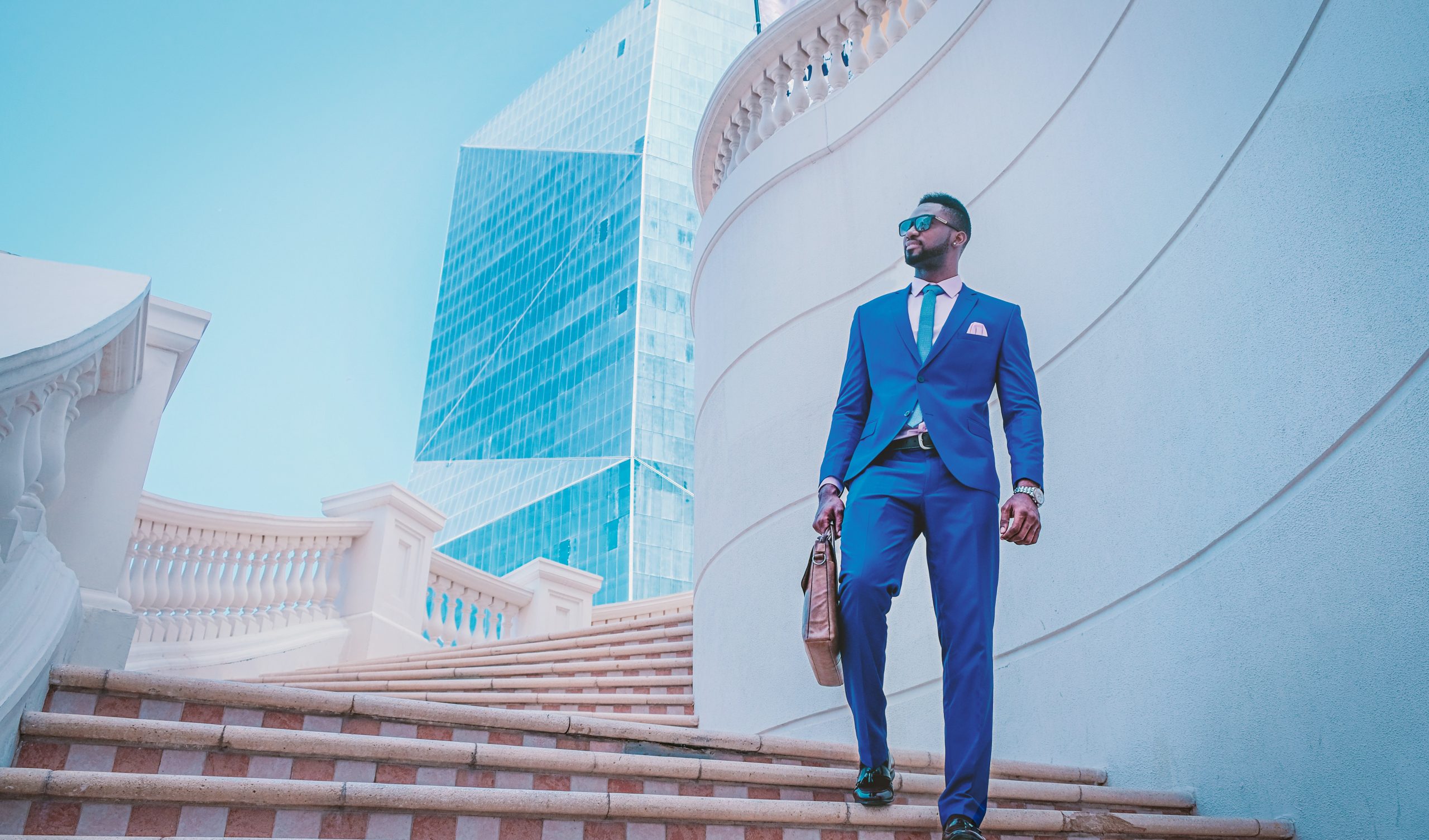 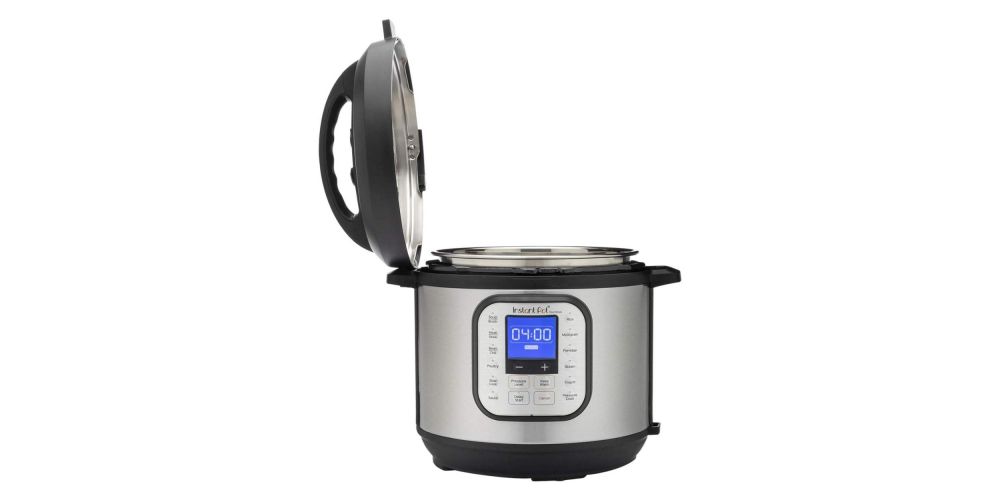