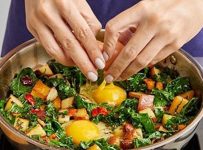 ‘You need to have confidence without arrogance. Arrogance is the killer.’

Serial entrepreneur Brad Oberwager is on his twentieth company. He’s learned a thing or two about launching efficient startups, and now, as founder of Jyve, he helps connects industry stakeholders with talent to grow revenue and change the way we work.

Oberwager spoke with Entrepreneur about what it takes to reach $100 million in sales.

This interview has been edited for length and clarity.

How did you set up your company from the beginning so it would have the potential to hit $100 million in sales?

First, we had to come up with our purpose. That’s step one. What are you trying to do, and is it big enough? We are trying to change how the world works. That’s both a real mission and a cute comment. One, we want to change how work happens and synthesize the relationship between the people that do the work and people that pay for the work. But we are also trying to change the whole ecosystem and make in this new economy a better thing. We are trying to unleash human potential. We came up with a system that does that, but you have to put all of that aside. You need to know where you come from and what you are good at in terms of the industry dynamic and in terms of you as an entrepreneur.

What if someone doesn’t know what they’re good at?

Self-awareness is key. I started businesses that I did not want to get to $100 million. I started businesses I wanted to get to $20 million and sell. I also started businesses that I wanted to reach $1 billion. Where do you fall, and what are you trying to do? After that, it’s about what you’re good at, and that’s a toughie. It’s hard for entrepreneurs who aren’t self-aware, which is why they become entrepreneurs. You have to focus on what you’re not good at. In our country, when a kid comes home with four As and a C, we look at our kid and say, “You’d better work on that C.” Entrepreneurs should not do that. When you have four As and a C, you need to partner with someone who likes working on that subject. First, figure out what you’re bad at and get people involved who are really good at what you don’t like. Then, think about what gives you the most energy. Those will be the things you’re good at.

How do you learn what you aren’t good at?

Very early on, there are certain aspects of the day-to-day I realized I’m not good at. The way I realized that is I didn’t even know they were happening. I’m so bad at certain parts of business that I don’t ever think about them. That requires people to tell you, because you aren’t self-aware. This is my fifth company I’ve started with my business partner. Clearly, she’s really good at something I’m not. She’s good at making sure that all the trains run on time, not forgetting things, understanding what can go wrong and how to make it better. I will only start companies with her for the rest of my life.

Did you have to risk big to win big?

What I often tell people is entrepreneurs are not risk-takers. Everybody thinks they are, but they are not. They are incapable of calculating risk. I have never started a business that I thought was risky. You need to have the mentality from day one that you’re going to hit $100 million in sales. You need to have the confidence without arrogance. Arrogance is the killer. First, ask yourself: “Do I love what I’m doing?” That’s the way you’ll work 100 hours a week. That’s the way you’ll come up with a clever idea and drive creativity.