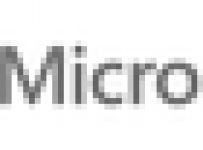 Juul is making some drastic changes as it prepares for a hit to sales after banning its most popular vape flavors.

The embattled e-cigarette company confirmed that it is laying off 650 workers and plans to cut costs by $1 billion next year. The news was first reported by The Wall Street Journal’s Kimberly Chin and Jennifer Maloney.

The Journal previously reported in October that Juul would cut up to 500 jobs. The news today marks a substantial increase in the number of jobs cut, which now represent 16% of Juul’s 4,051 person workforce. In a statement emailed to Business Insider, a spokesperson for Juul said that these cuts will begin on Tuesday and that all employees impacted will receive severance packages.

These changes come less than a week after Juul announced that it would be halting sales of its mint-flavored vaping pods, its most popular flavor, after research indicated that mint and mango-flavored pods were the top choices for teens.

The company has come under increased scrutiny from regulators, who say that its aggressive marketing campaigns and appealing candy flavors are encouraging minors to become addicted to nicotine products. State and federal regulators have also investigated hundreds of lung illnesses related to vaping, but none have been directly tied to Juul. Juul insists its primary purpose is to help long-term smokers quit cigarettes.

Last year, it announced that it would stop selling its mango, fruit, cucumber, and cream pods in stores, and later expanded that policy to include online sales. Non-tobacco flavors account for 80% of Juul’s US sales, according to CNBC. This leaves it with two remaining flavors – menthol and tobacco.

A spokesperson said in a statement emailed to Business Insider that it plans to cut costs by $1 billion in 2020 by scaling back on its marketing and directing it only to adult smokers.

“As the vapor category undergoes a necessary reset, this reorganization will help JUUL Labs focus on reducing underage use, investing in scientific research, and creating new technologies while earning a license to operate in the U.S. and around the world,” its new CEO, K.C. Crosthwaite, said in a statement to the press on Tuesday.