Live By Your Goals But Learn to Be Flexible 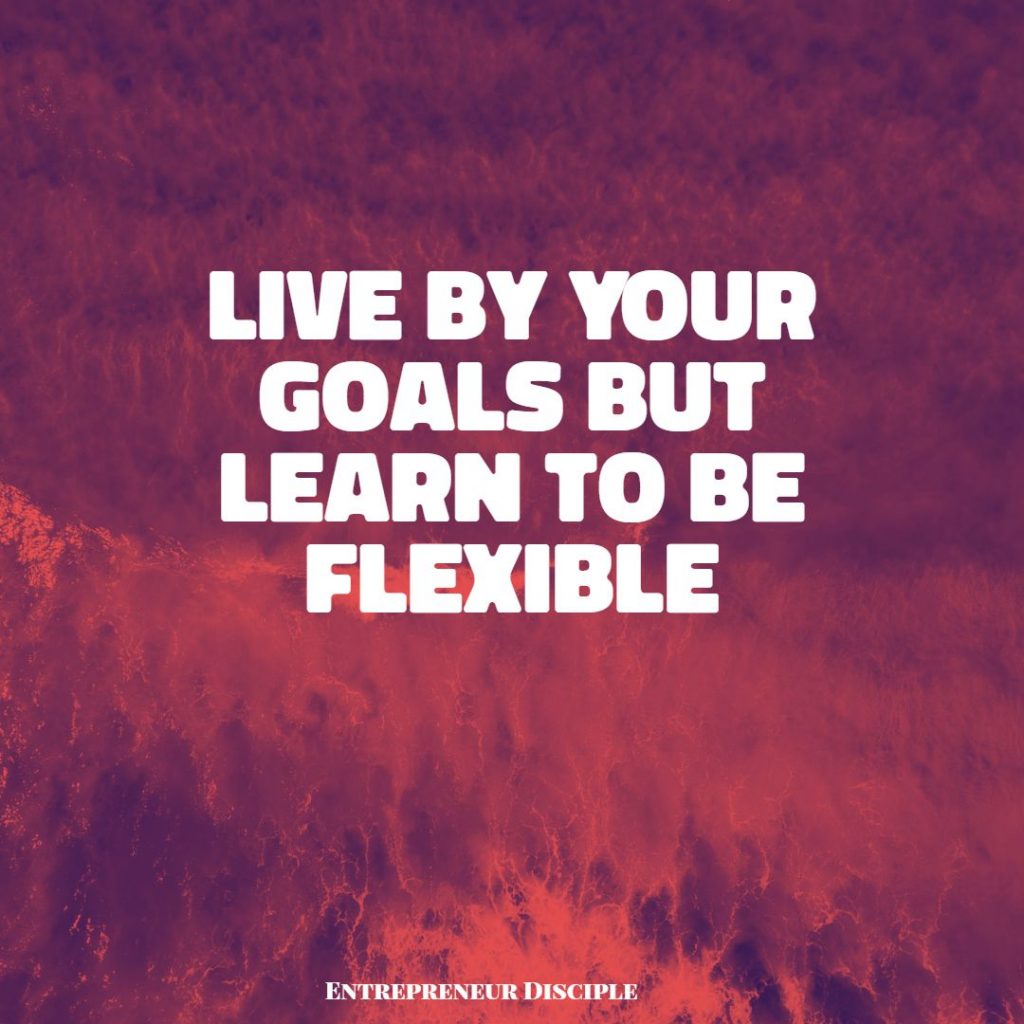 One of the most important and helpful things you can do in order to be more successful is to set goals for yourself. These can be both short term and long term goals. They help provide you with more structure when you?re trying to figure out what you should be doing, because it at least provides you with a destination to reach.

However, one of the largest detriments that you can have with your goals is when you?re not flexible enough with them. Many people get so hard headed when they?re working towards their goals that they actually end up doing more harm than good.

A bit of stubbornness can work in your favor, since it helps you push forward through some difficult times. But sometimes, you get so belligerent with your goals that you end up stuck, unable to move past it, when a little flexibility could have helped move things along.

For example, if you were creating all of your own products and you were adamant that you would never, ever outsource to others, that can work in your favor sometimes. It might help you save money by doing it yourself, and the project might seem more cohesive.

However, if you reach a point such as designing graphics where yours end up looking pretty amateurish, then you should be a bit flexible and bend the rules to make an exception.

If you are so dead set in your ways that you?re not willing to change, some of these barriers that you encounter along the way will either stop you dead in your tracks, or they?ll force you to do something poorly that could negatively affect you later on.

In general, it?s good to be flexible, as long as you can maintain rigidity when you need to. By not being flexible, you?re actively removing options that could help you get closer to your goals.

Sometimes, you may need to take a step back in order to take three steps forward. Not everything is going to work in your favor constantly, and you can?t let that trip you up. When you?re more flexible, and something doesn?t go your way, you?re able to simply make the adjustments that you need to and continue towards your goals.

By being flexible, you?re not giving up on your goals, but rather you?re figuring out a better way of getting there by being able to avoid or overcome obstacles. Sometimes, you start out with a plan and along the way, you find a better way of doing things, so being able to adapt to necessary changes can improve your business as an entrepreneur.

Why Successful Entrepreneurs Are Motivated With Knowing Their Why

Let Go of Grudges to Get Ahead Faster