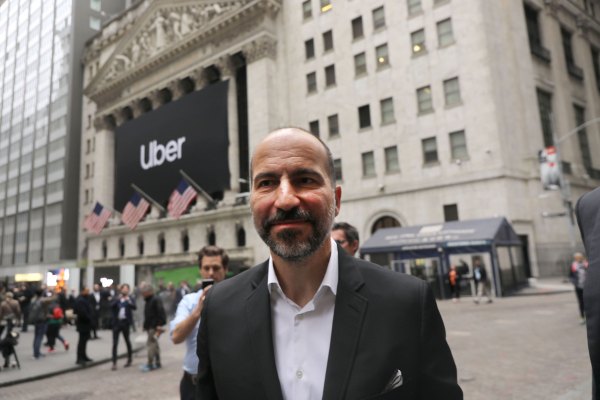 Uber today announced Uber Incubator, an initiative open to both Uber employees and those outside the Uber organization to develop products and services on top of Uber’s platform.

“Our process follows lean startup methodologies,” Uber wrote in a blog post. “We provide support and resources to teams with a compelling opportunity, so they can rapidly pressure test the business model and iterate their idea towards product-market fit. Once the business is proven sustainable, it receives funding consistent with disciplined business-building best practices to scale to the next stage and merge into the overall Uber platform.”

The idea for Transit, for example, came out of the Uber Incubator, the company said, and there’s already another project underway called New Mobility Robotics. That includes sensing and robotics for light electric vehicles, like bikes and scooters, on Uber’s platform. Details are scarce, but Uber has previously talked about exploring autonomous bikes and scooters that would be able to drive themselves to charging areas or other locations.

At an event today in San Francisco, Uber also showed off its swappable batteries for JUMP bikes, as well as kiosks, which it plans to deploy next year. The idea is for riders to be able swap out the batteries themselves.

New JUMP bikes with swappable batteries and battery kiosks. JUMP CEO Ryan Rzepecki told me the kiosks will be strategically placed near residences and businesses. pic.twitter.com/gCQEVBFclz

JUMP also plans to bring these swappable batteries to its scooters. This comes shortly after Uber’s JUMP received a one-year permit to operate its shared electric scooters in San Francisco.

As part of the incubator, Uber also launched a six-month entrepreneur in residence program, open to both Uber employees and external people. Those participating in the EIR program will work closely with members from the incubator.

Meanwhile, Uber’s corporate team is working to ensure its drivers remain independent contractors. As Uber outlined last month, the company is pushing for a framework that would establish a guaranteed earnings minimum while on a trip, offer portable benefits and enable drivers to “have a collective voice.”

On a press call following the passage of gig worker protections bill AB-5, Uber Chief Legal Officer Tony West said Uber is continuing to explore several legal and political options to lay the groundwork for a statewide ballot initiative in 2020. Uber and Lyft announced a $60 million joint initiative last month, and West said Uber is open to investing even more money in that committee account.

At the event today, Uber also announced the addition of a driver earnings estimate tool.