Walt Disney Studios has signed a five-year innovation pact with Microsoft that will see it draw on Azure’s public cloud capabilities to develop new ways to create and distribute the firm’s content.

Specifically, the deal concerns Disney’s StudioLAB division, which will be tasked with making use of Microsoft Azure to help digitally transform and accelerate the production and post-production processes in place at Walt Disney Studios.

The company’s StudioLAB division was launched in July 2018, with Accenture Interactive, Cisco and Hewlett-Packard Enterprise (HPE) all named as collaborators.

Together, these firms – in their capacity as innovation partners – support StudioLAB in its goal to aid the story-telling capabilities of Walt Disney Studios by giving its creative teams access to new technologies and working practices.

Through the cloud deal, Microsoft has also joined StudioLAB’s ranks as an innovation partner, with Walt Disney Studios CTO Jamie Voris talking up the operational efficiencies the organisation stands to gain by using Azure.

“By moving many of our production and post-production workflows to the cloud, we are optimistic that we can create content more quickly and efficiently around the world,” said Voris.

“Through this innovation partnership with Microsoft, we are able to streamline many of our processes so our talented filmmakers can focus on what they do best.”

This process is already under way, with the company making use of some of the tools and processes that have resulted from Microsoft’s previous collaboration with media-focused technology supplier Avid.

This technology tie-up has existed since 2017, and has seen Avid create a series of software-as-a-service (SaaS) and platform-as-a-service (PaaS) that are hosted in Azure and are tailored specifically to the needs of the media and entertainment industry.

Kate Johnson, president of Microsoft US, said Walt Disney Studios’ foray into using cloud is very much in keeping with its history as a technological pioneer in the animation space.

“The cloud has reached a tipping point for the media industry, and it’s not surprising that Walt Disney Studios, which has its heritage based on a passion for innovation and technology, is at the forefront of this transformation,” she said.

“The combination of Azure’s hyperscale capacity, global distribution and industry-leading storage and networking capabilities with Disney’s strong history of industry leadership unlocks new opportunity in the media and entertainment space and will power new ways to drive content and creativity at scale.

“With Azure as the platform cloud for content, we are excited to work with the team at StudioLAB to continue to drive innovation across Disney’s broad portfolio of studios.”

The Walt Disney Studios-Microsoft Azure deal is indicative of how avid a consumer of cloud technologies the entire media and entertainment industry is becoming, as streaming services fuel consumer demand for new content, putting traditional TV broadcasters are under pressure to compete.

Cloud firms are responding accordingly by embarking on collaborations to offer tailored services to this sector, as is the case with Microsoft and Avid. Google, meanwhile, set out plans in 2018 to open a datacentre region in Los Angeles aimed specifically at Hollywood creatives. 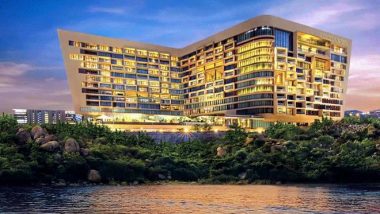 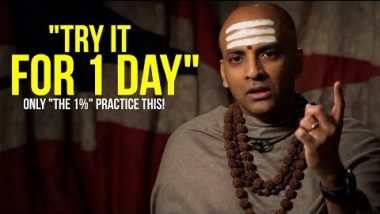 TRY IT FOR 1 DAY! The Billionaires Do This Everyday! | Dandapani